You may have already spotted it in the Radio Times, but I've done another of my radio documentaries to be broadcast on some BBC Local Radio stations over New Year.

It's called "The Other Side of the Dial" and looks at the early years of Independent Local Radio in its 40th anniversary year.

The only North West station taking it (so far) is Radio Lancashire at 1800 on Monday December 30.

Feel free to spread the word among radio fans.

It will be broadcast at the following times, and can be heard live online, and on "Listen Again" for a week. Other stations may also take it.

Hope you enjoy it.

From RSGB news today:
Brian Justin, WA1ZMS/4 is an active participant in the ARRL’s WD2XSH 600 meter experimental project and will transmit voice and music on 486kHz as WG2XFQ on Christmas Eve and Christmas Day and again on New Year’s Eve and New Year’s Day.
Transmissions will begin at 0001UTC and end at 2359UTC.
Justin will use an AM audio loop modulating his vintage-style, homebrew transmitter to honour Reginald Fessenden’s Christmas Eve 1906 AM voice transmission. (Svenn Martinsen, ARC)
Upplagd av arcticradioclub kl. 14:28 Inga kommentarer: Länkar till det här inlägget

Radio Merkurs in Riga, Latvia will be broadcasting special Christmas programmes for ARC on the 22nd and 28th December 2013 via the transmitter near the seaside resort Jurmala on the Latvian west coast broadcasting on 1485 kHz. The schedule is 1500-1600 Swedish time = 1400-1500 UTC. Power is 2,7 kW.ARTIC RADIO CLUB will confirm all correct reports with our special QSL-card. Send your report and mp3-file to: info@rock.x.se  or ARC, c/o Ronny Forslund, Vita Huset, SE-17995 SVARTSJÖ, SWEDEN. If you want a QSL card, please include some form of return postage. Email reports will be confirmed by email.¨

Christmas greetings from our members

First from Björn Fransson BEFF on the island of Gotland:

Xmas greetings from our member Torgeir Woxen of Norway, via Tore Larsson: 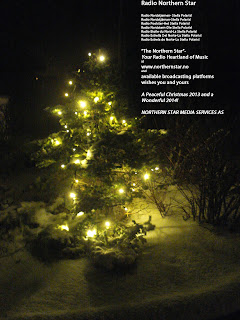 From Frida and yours truly: 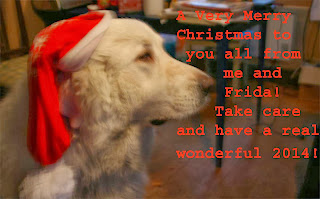 This one is from our member Lars Bygdén in Northern Sweden: 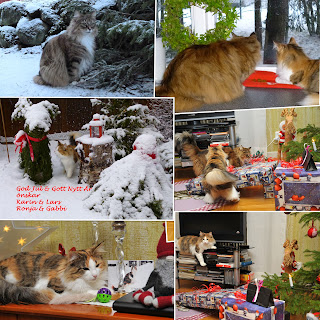 Greetings from Rafaél Rodríguez of Colombia and some radio stations from his country, regularly heard in Scandinavia: 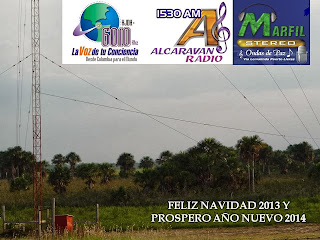 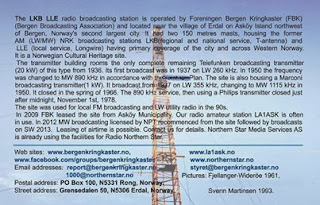 It's almost over for the Norwegian temporary license, but LKB/LLE is on the air with new test transmissions today, tomorrow and Thursday from LLE-2 (1314 kHz) and LLE-3 (5895 kHz). Morning broadcasts Tuesday and Wednesday are 0530-0800 UTC, and we also plan an afternoon transmission Thursday afternoon, 1400-1600 UTC. There have been many reports, but we'd like more! QSL card for correct reports. Remember to enclose Norwegian stamps or 3$. Address: Box 100, 5331 RONG. Address: Box 100, 5331 RONG. (Svenn Martinsen, ARC) 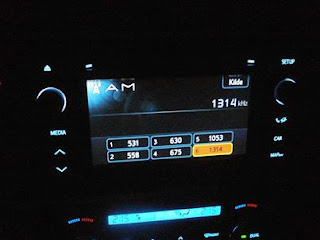 WKAL is currently testing equipment, awaiting regular services to start soon. On Saturday 14 and Sunday 15, WKAL will do morse code IDs on the TOH and BOH between 03:00 and 07:00 UTC. Each morse segment will last 5 minutes. Other program elements to listen for is Christmas music of the musical variety ...piano type etc.. and programs from The 1920s Radio Network. QSL request may be sent via email to WKAL (at) midatlanticengineeringservice.com. QSLs will be returned via email.

Mid-Atlantic Engineering Service has its own facebook page (use the search function). Hopefully, the effects of the coronal hole will be delayed long enough to at least make it possible to hear WKAL in Europe on Saturday. (Bjarne Melde, ARC Facebook Group)
Upplagd av arcticradioclub kl. 05:10 Inga kommentarer: Länkar till det här inlägget

LKB/LLE is on the air with new test broadcasts this week from LLE-2 (1314 kHz) and LLE-3 (5895 kHz), Morning Broadcast today Tuesday and tomorrow Wednesday @0615-0930 UTC, and afternoon broadcast Thursday @1530-1730 UTC. Especially interested in reports today as our CE Øystein made improvements in the modulation on MW during the weekend. Running at @100 watts now. Especially the morse ident should travel well. We are looking for the specs of our Western Electric! Our QSL card has arrived, and are being sent out, but still reports are welcome! Address: Box 100, N5331 RONG, NORWAY or report@bergenkringkaster.no . (Svenn Martinsen, ARC) 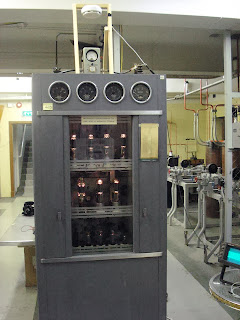